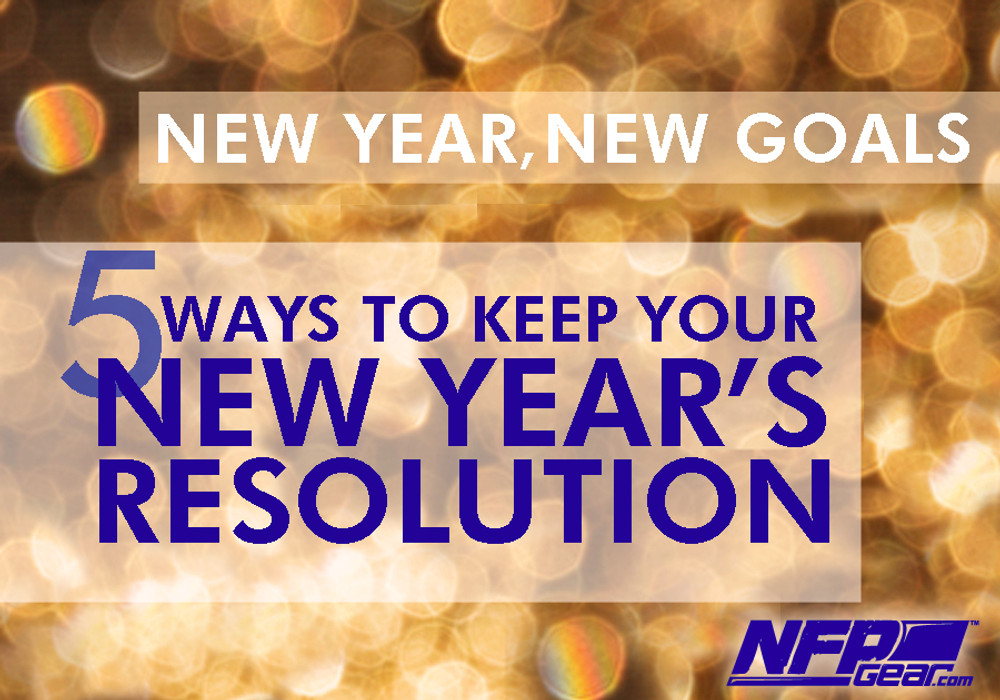 It happens every year – after ringing in the New Year (perhaps emboldened by a heavy pour of champagne) you vow to finally start running, go to the gym more, or set new personal records. As the confetti settles and your buzz makes way for a hangover, your resolve begins to waiver.

But, this was going to be “your year!”

Fortunately, January is still in its infancy. There’s still time to make a New Year’s Resolution that will stick. By January 2018, you can unveil the body you’ve been envisioning every time you’ve made your New Year’s pledge.

Here’s how to actually keep your New Year’s Resolution:

1. Quit making New Year’s Resolutions: New Year’s Resolutions are notorious for fizzling before February. Start making regular goals that aren’t dependent on the time of year. Start with smaller goals that you can achieve easily and in a manageable timeline. According to a study conducted by the University at Albany — State University of New York, your willpower is like a muscle – it can be strengthened over time. In a study of smokers attempting to quit, half were asked to spend two weeks exercising their self-control by avoiding sweets or exercising their hand grip strength before attempting to quit. The other half of the participants did nothing to prepare. At the study’s conclusion, those who had exercised their willpower the two week’s prior were more than twice as likely to quit smoking

3. Buddy Up: You’re more likely to stick to your resolutions if you share the obligation with a friend or partner. According to a study conducted by Indiana University, married couples who get fit together are more likely to stay committed. Participants in the study who went to the gym alone had a 43 percent chance of quitting. However, when they joined with a partner, participants only dropped out 6 percent of the time. Working out with someone to whom you’re accountable will increase your level of commitment and make your workouts more enjoyable. As a bonus, you have a built-in spotter.

4. Make a 9-week plan: You might have heard that it takes 21 days to make a habit. A study published in the European Journal of Social Psychology debunked the 21-day myth. After On average, it takes 66 days, just over 9 weeks, for a behavior to become automatic. However, forging a fitness habit is highly dependent on you as an individual.

5. Make it fun! Fulfilling your New Year’s Resolution or meeting your fitness goal doesn’t have to mean hours of endless track loops or boring bicep curls. Find fitness-boosting exercises that mesh with your interests. If you’re a dancer, try Zumba. Love the outdoors? Cross country skiing and snowshoeing make for excellent cardio. There are clubs and competitions that align to just about every area of fitness.

Be sure to check out NFPgear.com for 17% off, plus FREE shipping on your $50 order!